You are here: Home / Archives for Lifecycles

Product Improvement Plans issued by hotel franchise systems are prompted by a property reaching the term of its license agreement, a change of ownership or the anticipation of a change of ownership.  Ordering a PIP evaluation suggests that there may be a business strategy at play that involves repositioning a hotel into a different service segment, aligning with a different franchise or refreshing it’s appearance….or all three.  Whatever the reasoning, there are three mistakes that ownership should avoid:

When PIP Auditors see worn or dirty conditions, it causes them to look deeper for deferred maintenance and other infractions that maybe PIP related.  By failing to let the hotel show at its best…owners do themselves a great injustice.  To make this mistake means more issues will show up on the official PIP document.  To be properly prepared, a heavy emphasis should be placed on issues such as a fresh coat of paint on fire lanes, doors/frames and scuffed walls.  Overgrown landscaping trimmed or removed, winter kill shrubbery should be replaced, carpets/furniture/light fixtures cleaned and repaired while storage rooms should be cleaned out and re-organized and guest rooms in top condition.  The last point in getting prepared for the evaluation is just as valuable as the above items……be present for the PIP “walk-thru”.  Not only will you will gain valuable insight from the PIP Auditor, you will be more effective when it comes time for a later face-to-face meeting with the “brand”.

2.       Not taking time to eliminate all errors in the PIP document.

Scour the document for comments that are not representational of your hotel.  On a recent PIP, I discovered a requirement of replacing the mismatched guest room bath floor tile.  Upon further investigation there was not an incidence of mismatched floor tile….anywhere.  “PIP Auditors” often see several properties a week; often two in a single day.  The reality is that they or the support staff may inadvertently cross-over notations from another property.   If the above mentioned PIP were priced out without questioning that issue, it would have amounted to $500 to $750 per room; falsely impacting the PIP project by approximately $120,000.  Especially “scrub-down” the guest room obligations, since any one faulty requirement in this area can heavily impact the PIP cost.

3.       Failing to evaluate each PIP requirement against guest satisfaction, price/value and revenue generation.

All PIP documents contain requirements that will have varying levels of influence on guest perception and hotel revenue…..and each has a price tag.  There may be requirements that relate to signature issues specific to the “brand”.  Because of their importance to the franchise, these almost always are not worth the time to negotiate.   However, other issues maybe based on general feelings of what that franchise believes will “take care of the guest” in their special way.  In addition, other issues may be addressed due to “condition” (or degree of worn-ness).  Now is the time to apply “creative problem solving skills” to look at every angle of the last two categories.  Can items on the PIP be reconditioned successfully at a lower cost to gain several more years of use versus replacing now with an expensive new product?  Can certain PIP requirements be re-scheduled into year 2 or 3, to allow revenue producing projects to be accomplished early in the PIP renovation?

I’ve shown you 3 reasons to get on top of your PIP process.  But, I have intentionally left out many others because I would like to hear your thoughts on the matter as well.  Leave your remarks in the comment box below.

If you need help pricing out your PIP, watch this short video.

Assume that $200,000 to $300,000 of your hotel’s much needed capital expenditure program had been “stolen” and will not be recovered.  You will not be able to benefit from those CapEx projects, nonetheless; your hotel is still expected to exceed the guest expectations and surpass aggressive competition.  On the surface this scenario seems ridiculous, however; this is exactly what is happening to many hotels.  Too often CapEx projects waiting for their turn in the chronological order of replacements and renovations are delayed or cancelled.  Which of the following procedures are responsible for stealing funds from your future CapEx projects!

Your hotel waited far too long to get a guest bathroom renovation!  However; it is now complete, you are well ahead of your competitive set and your company expects to gain some impressive revenues over the next 6 years.  Not so quick!  18 months into this cycle you begin to see Q.A. comments regarding conditions of these faucets.  As you investigate, you determine that the chrome or plated finish is coming off and allowing the brass to show through on fixtures that should last 10 years!!!

In a recent walk-thru you found strange looking black spots about the size of dimes and quarters on many guest room bath mirrors.  They are unsightly and substantially lower the guests’ perception of the entire bathroom.  Because of the blemishes, franchised properties will face reduced Q.A. scores and independent hotels will face guest satisfaction issues.  This situation is a disgrace since bath room mirrors should last 7 to 10 years.

You begin to notice horizontal lines on your nearly new corridor wall covering.  These lines are not rips or gouges in the vinyl but instead unsightly “lines” that are becoming an eyesore.

Money stolen from your CapEx program

Share your experiences that relate to this article by clicking here.

Need a little help understanding how John Fulton can formulate solutions to “Extending The Life Of Your Asset” and better organizing your hotel’s “5 Year CapEx Plan”?

The past recession has been unusually hard on the physical assets of hotel properties!  In the past, CapEx dollars may have kept your hotel fresh and compliant with guest expectations.  However, several years of non-existent capital expenditures has now come home to roost.

Certainly any hotelier would want to correct issues that are negatively affecting guest satisfaction, destroying price-value and diluting guest loyalty!  After all, it is difficult to grow revenue if a multitude of situations are driving business away.  No hotel is immune from these issues as most hoteliers face situations such as these continually….even in a good economy.

As hospitality indicators are finally showing upward trends, the best solution in correcting tired FF & E (Furniture, Fixtures & Equipment) is to get a fresh look at your hotel.  To accomplish this do a “walk through”.  Do this using a note pad and while having two hotel associates (that are known for attention to detail) accompany you. END_OF_DOCUMENT_TOKEN_TO_BE_REPLACED 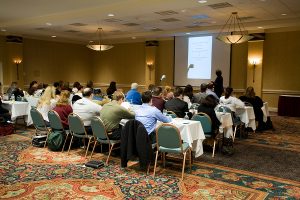 Since hotels daily encounter a multitude of issues that involve Operating Expense (OpEx) and Capital Expenditures (CapEx), it should not be a surprise that these two categories are occasionally an area of misunderstanding. Even so, most items found in a hotel can clearly be applied to one of the two above categories. However, for those times of confusion, the following tips may assist you in successfully resolving this issue.

It should first be mentioned that the philosophies regulating OpEx and CapEx will vary within each company due to the different approaches of upper management and corporate accounting staff. Even at times, specific circumstances will affect how policies are applied to Operating Expense or Capital Expense items. END_OF_DOCUMENT_TOKEN_TO_BE_REPLACED

As the hotel industry now demonstrates a “comeback”, years of diluted and deferred capital expenditures do not have to … END_OF_DOCUMENT_TOKEN_TO_BE_REPLACED